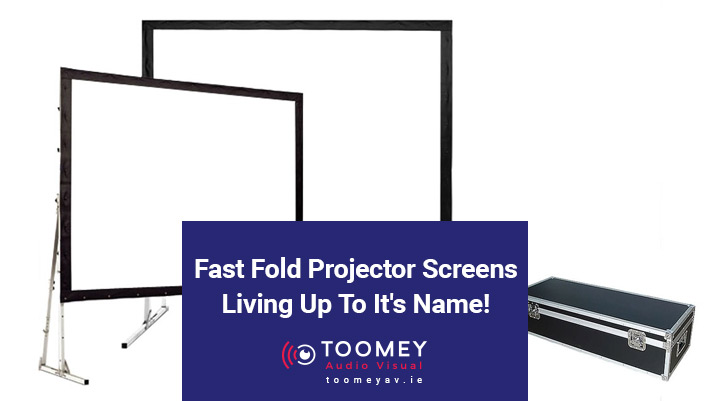 Fast fold projector screens are suitable for almost any application, including classrooms and meeting rooms, large halls and auditoriums and home cinema use. There is a full range of sizes and formats available to suit almost any projector screen requirements you might have. 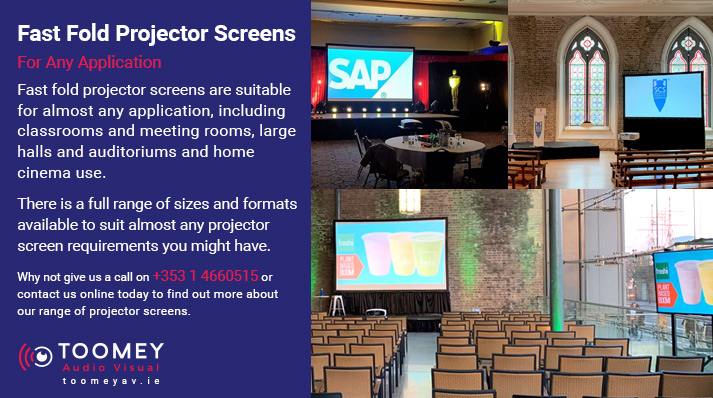 Fast Fold Projector Screens Can Be Assembled On Site

Fast fold projector screens can be assembled on site and then put away into bag or case and easily transported. Assembly will take 10 mins max., once you are familiar with it. An aluminium fold up frame is put together and hinged. Then you simply click a front or rear projection screen on to the frame. To disassemble you just do the opposite and then you put it away for easy transportation. Other types of mobile projector screens fail to be so easily transported, as they have rigid casings that are the full width of the screen.

A Major Advantage of the Fast Fold Screen

The Fast Fold Screen Lives Up To Its Name

All these advantages and disadvantages taken into account, we believe the fast fold projector screen to be a very good choice for those shopping around for a projector screen. The benefits far outweigh the limitations. It is a highly practical and versatile piece of technology and you will master it in no time. Assembly and operation are virtually fool proof and the ease of transportation is sweet indeed. Its popularity is justified by its performance and compactness. The fast fold screen really does live up its name as it is very quickly folded and unfolded. 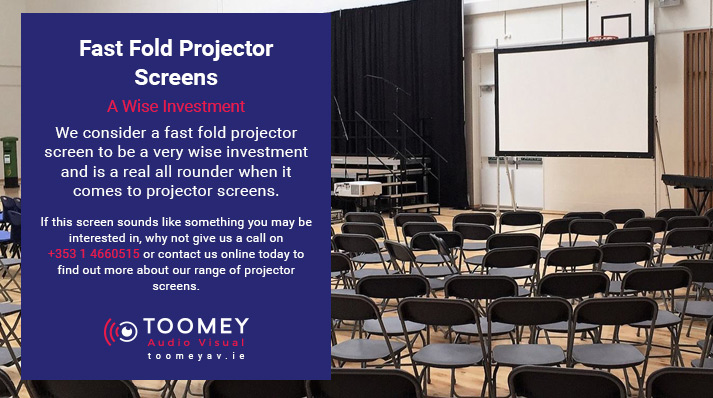 We consider a fast fold projector screen to be a very wise investment and is a real all rounder when it comes to projector screens. It this screen sounds like something you may be interested in, why not give us a call on +353 1 4660515 or contact us online today to find out more about our range of projector screens.