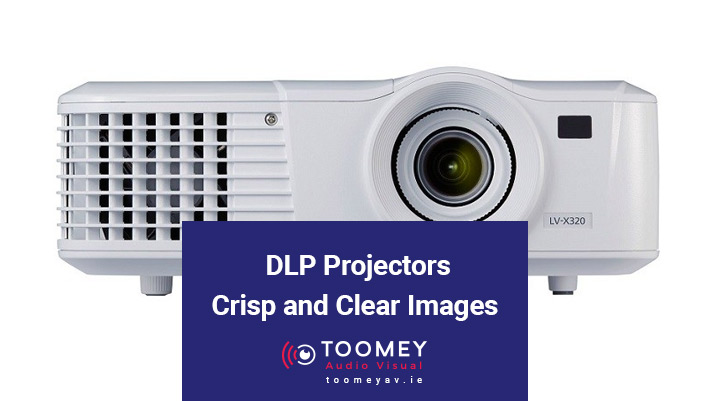 Following on from our recent post about different types of projector technology it’s now time to take a deeper dive into Digital Light Processing (DLP) projectors which are in high demand these days. They are most commonly used in movie theatres. DLP technology is behind about 85% of digital cinema projection but is also used in television sets and digital signage players. 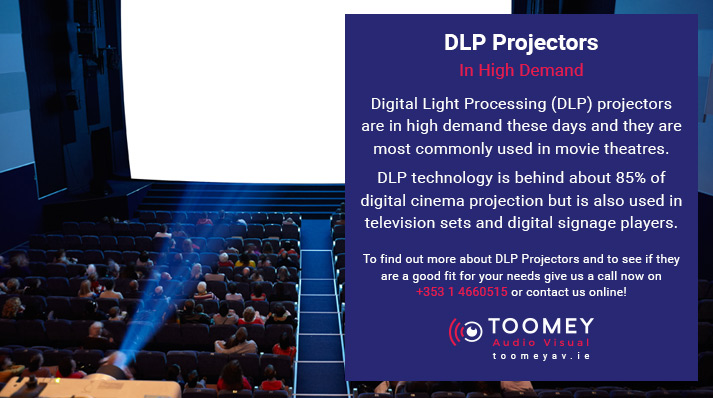 The technology behind these kinds of projectors is not easily explained. So, let’s stick to the basics. The projector shines light on a digital mirror made up of thousands of reflectors, which creates the image. The image is then blasted through a colour wheel which gives the image its colour. DLP projectors can produce a very crisp and clear image without any convergence issues. What is convergence? Regrettably, there is no simple, easy to grasp definition of this word. The best we can do is that it is the alignment of component colours of a display where the respective electron beams or pixels must sit at the precisely correct position for the proper colour to be rendered.

Over 6,000 DLP Based Cinema Systems Installed

Ok, now for the history lesson! The first DLP based projector was introduced in 1997 and it won its maker, Digital Projection Ltd., an Emmy award a year later. The first entirely digital movie was Star Wars Episode 1: The Phantom Menace, released in 1999. Four theatres installed digital projectors for the movie’s release. As of December 2008, there are over 6,000 DLP-based digital cinema systems installed world-wide.

The Most Common Issue With DLP Projectors

So, there are many advantages to the DLP projector, especially when used for cinema. However, it is not without its flaws and weaknesses. The most common issue with DLP projectors is ‘rainbow artifacts’. These are momentary flashes of banded colour that look like rainbows. They can be quite distracting, especially if you are sensitive to them. Another issue is colour saturation. Some DLP projectors have excellent colour saturation whereas others have very poor saturation. However, this problem is typically the result of implementation by the vendor and not anything inherent in the technology. 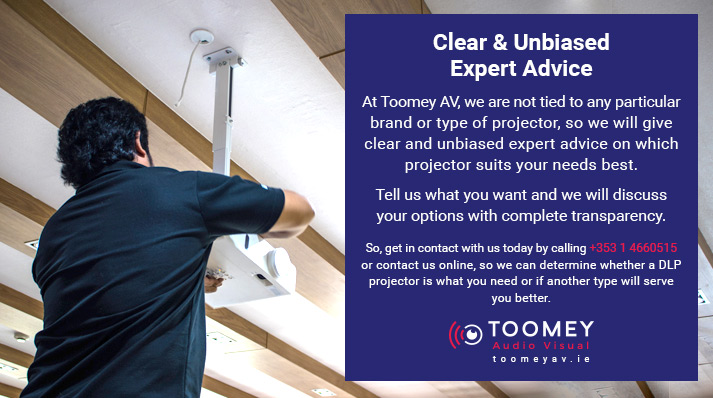 At Toomey AV, we are not tied to any particular brand or type of projector, so we will give clear and unbiased expert advice on which projector suits your needs best. We guarantee there will be no implementation problems with your device. Tell us what you want and we will discuss your options with complete transparency. So, get in contact with us today by calling +353 1 4660515 or contact us online, so we can determine whether a DLP projector is what you need or if another type will serve you better.